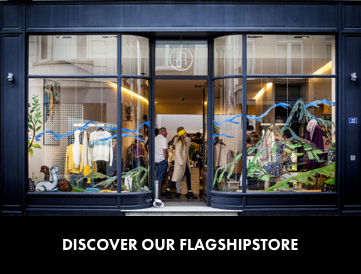 Allow us to introduce you to Lyn, ceo of Solid and brain behind the knitting atelier in Ayacucho, where our beautiful knits are made.

Ever since she was a child, Lyn was already very sensitive to injustice. ‘But that’s not fair!’ was her favourite sentence, according to her parents. And not as you would expect of a child only fair to her, but if she saw that somebody else got less than another, that sentence would leave her mouth before you knew it. Everything had to be divided fair and square. “Honestly, I’m actually just a big softie. I have a lot of imagination and I think that makes me empathise easily.” Her most typical feature is that she’s a ‘do-er’. Lyn always immediately has a plan ready to solve a problem or translate an idea. If she doesn’t do something about the issue, then who will?

Her interest in South America got triggered during a journey to Chile, where she first got into contact with street children. That’s when she knew that this was the kind of problem she wanted to work to find a solution for. 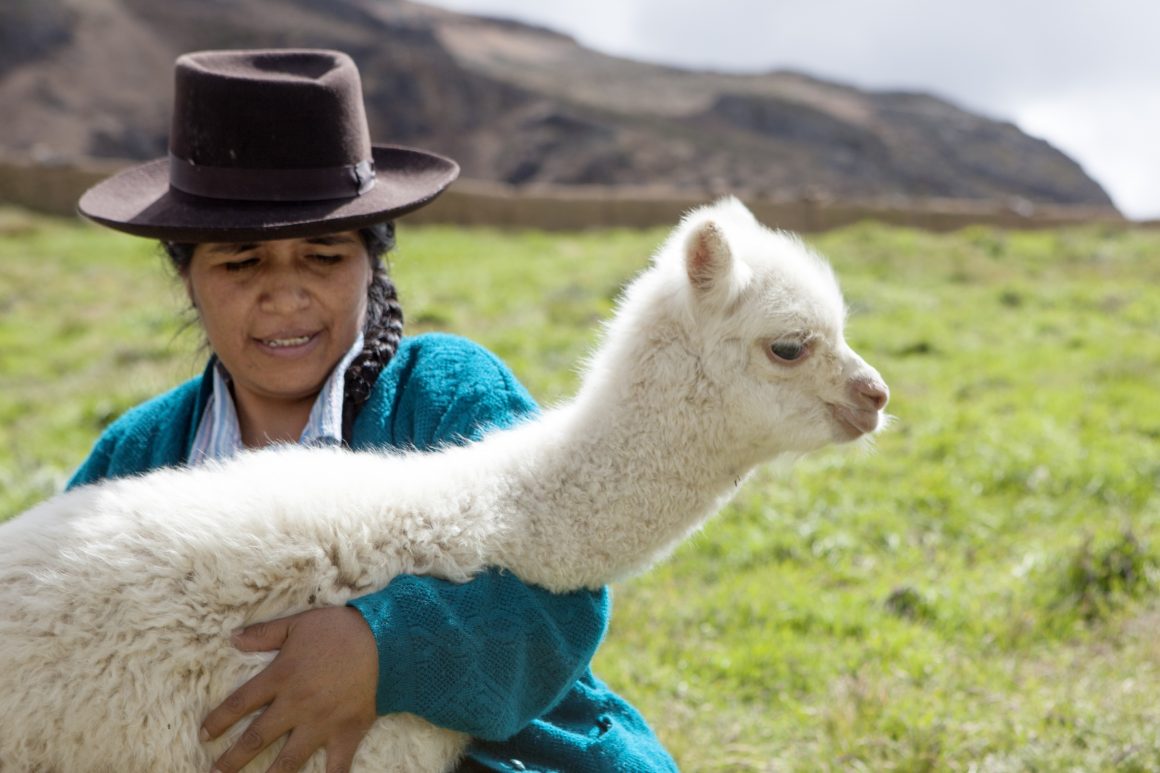 After a failed study in Biology (and a dream of becoming a marine biologist to save wildlife), she rather accidentally rolled into an Economics study. Over the years, her interest in social entrepreneurship only grew.

As you may know, Solid was founded as a charity by Lyn’s parents, who wanted to contribute in the fight against poverty. It was never her intention to take over the reins, let alone turn it into a commercial business. “I was the biggest cheerleader on the sidelines and was always brainstorming with them, but never in my life did I plan to work for my parents.” But very organically, Lyn started her own projects in Peru and she started them under the wings of Solid.

“I did have to swallow some pride though. I didn’t want people thinking that my job and position were thrown into my lap. It’s something I would have done anyway, be it for another company such as Oxfam for example.” 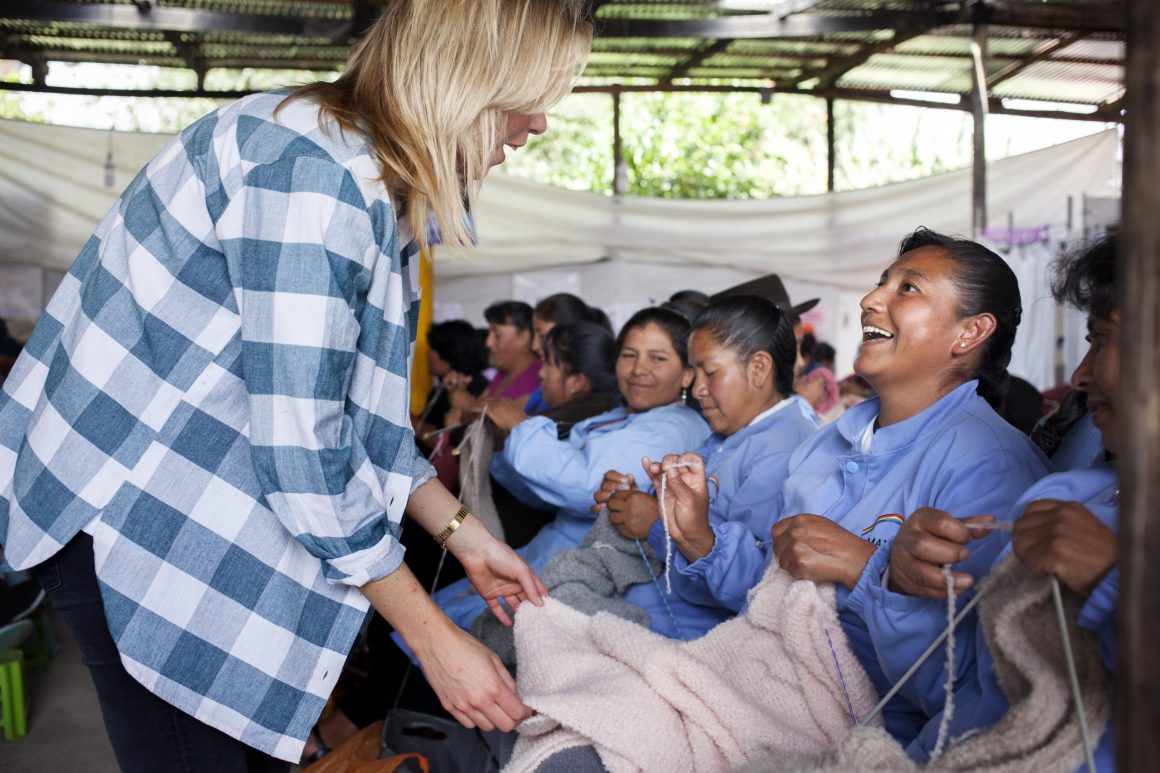 The knitting atelier and LN grew together. Lyn and Ellen got in contact through a mutual friend. Lyn was looking for an opportunity to employ teenage mothers and Ellen was looking for a place to settle her knitwear production. It was as if it was meant to be! After that first coffee date, the ball really started rolling. “We have been through some storms together, because everything was new for the both of us. For me as a manufacturer and for Ellen as owner of a new fashion brand. But thanks to our open communication, we weathered them together and got through it even stronger.” Solid and LN stayed linked for the years to come and have been partners in crime (or should we say fairness?) for almost a decade now.

What gives Lyn the most satisfaction from this partnership? “I love running into people wearing an LN knit, knowing that that piece of clothing improved a woman’s life on the other side of the world.” Seeing the products the knitters made on a woman she can run into anywhere, makes her hard work more than worth it. “You can meet someone at the seaside wearing an LN and know that that woman is linked to the life of someone in the poor regions of Ayacucho. You really make a difference by wearing an LN knit. Together you can find us on the barricades of fair fashion: Ellen, the client and my fantastic team at Solid.” 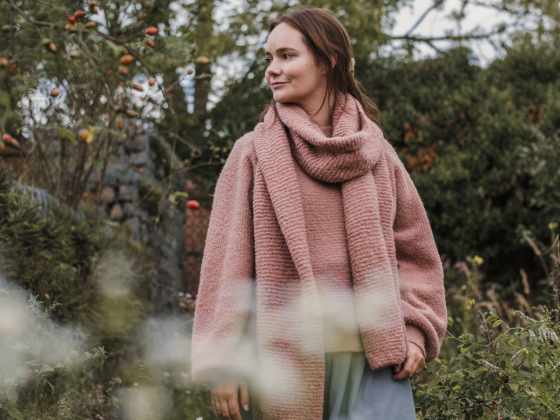 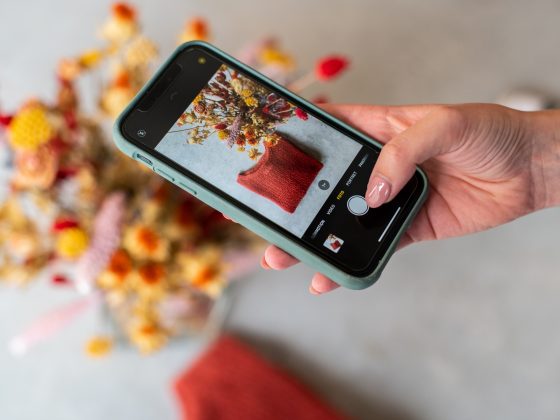 Make pics of your pretty knits!

Never miss a story, be inspired!